My dad was diagnosed with ALS in March of 2017 and passed away in September of 2017.  Being a full-time hospice worker, I see death every day from every kind of disease imaginable - and I believe that ALS is one of the most difficult diseases.  Not because of the fact that it takes away movement in the arms, lets, feet, and hands (which is tragic enough) but that it ultimately takes away your ability to speak and communicate, while retaining full mental function and awareness.

I've been thinking for a long time about how to communicate this kind of loss through an image, which has been a much longer process than I would have thought because of the multiplicity of things that I'm trying to communicate.  The photo below is the end result of that process.

I don't normally explain my self-portraits in detail, but this one needs that explanation.  The red thread around my mouth is meant to represent both the loss of speech, and to symbolize the motor neurons that die off when someone has ALS.  The blue makeup highlighting my eyes is meant to highlight the fact that ALS does not affect the mind, and that those inflicted with ALS are still 100% aware of what's going on in their own body and around them.  The white background contrasting into the black that I'm wearing is meant to show the body being swallowed up into an internal prison (represented by darkness in this photo), while the mind remains pristine (represented by the white background). 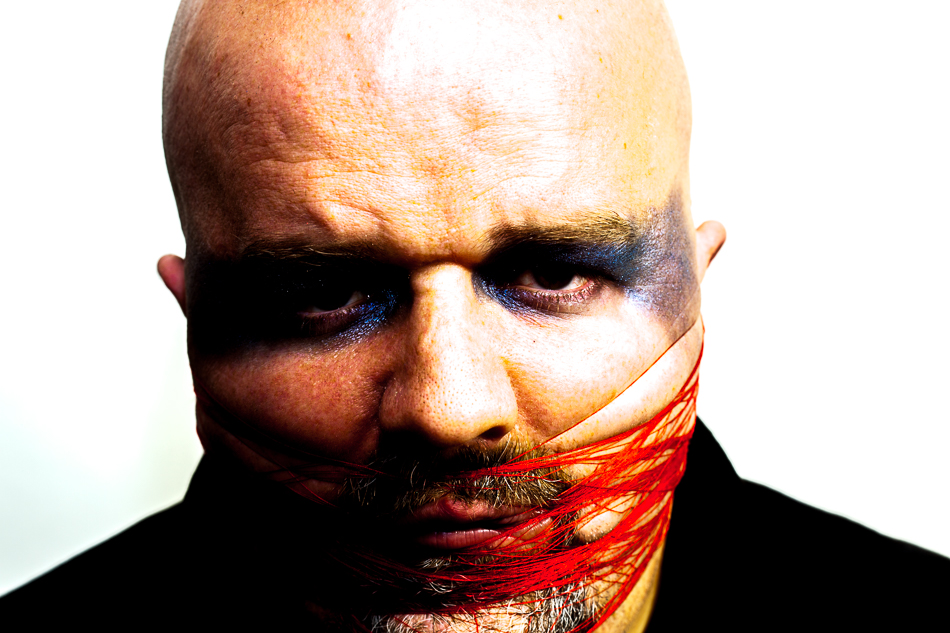 This is a study for my ALS Grief Process Work. 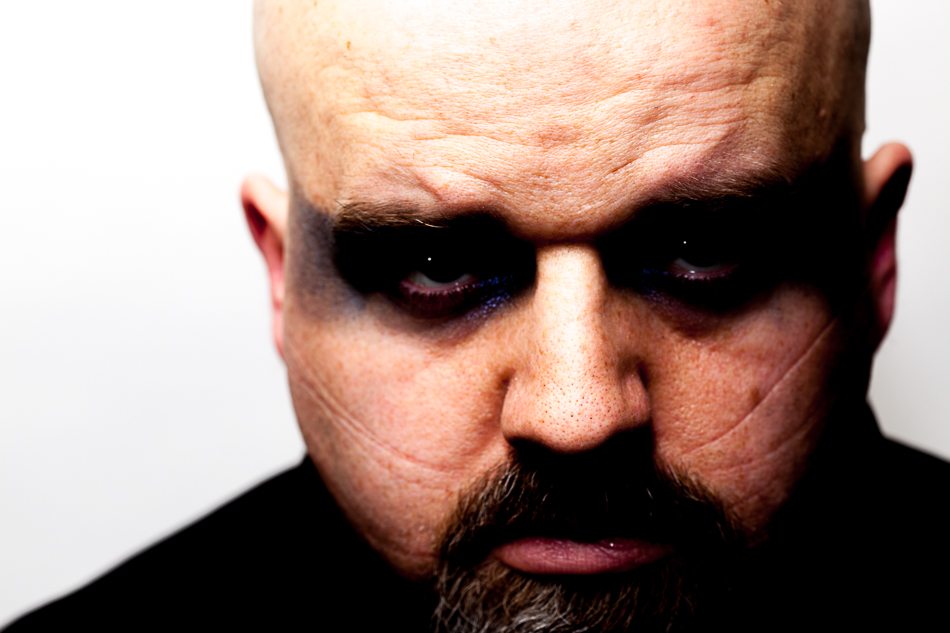