Around 1:15am early morning of November 11th, 2014, I heard a horrible noise out of our back window and looked out to see sparks flying across the expressway behind our apartment.  Someone had driven into a light post and knocked it onto the expressway.  Due to the way the pole was on the ground it was nearly impossible for oncoming drivers to see it, so swerving at the last moment was the only way to avoid it - but that didn't work out for everyone.  Fortunately, other than the person who initially hit the pole (I honestly think that they ditched their car on the overpass over 4th Ave because the car who lost the bumper in the photo was parked up there with no one in it) no one was hurt - including the driver of the black car who drove right over it and dragged it about 50 feet up the road (third photo).  On the other side of the highway shortly after another accident happened (a white van and a brown Jeep) which I saw take place - it was horrifying but both drivers walked away unharmed. 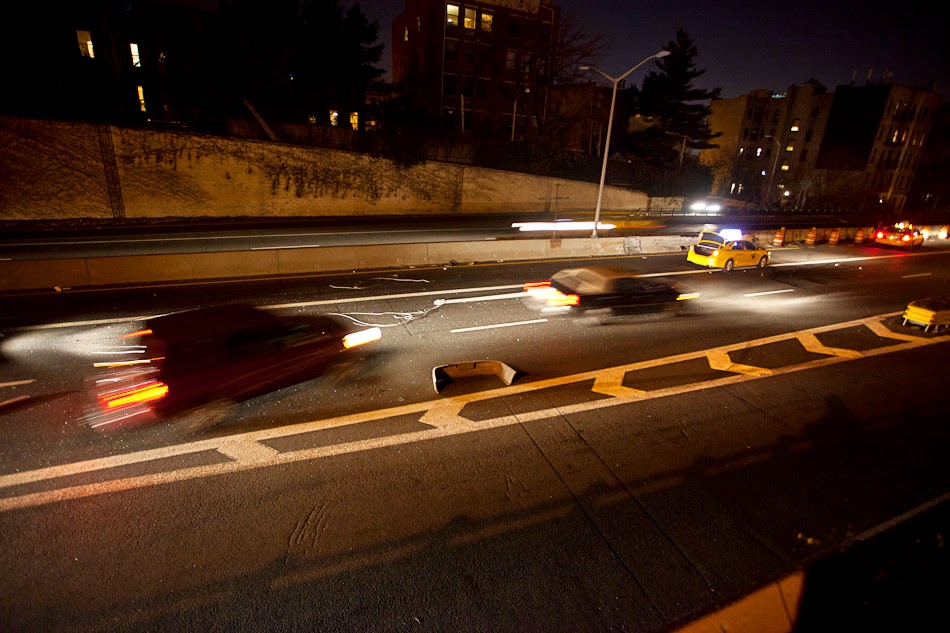 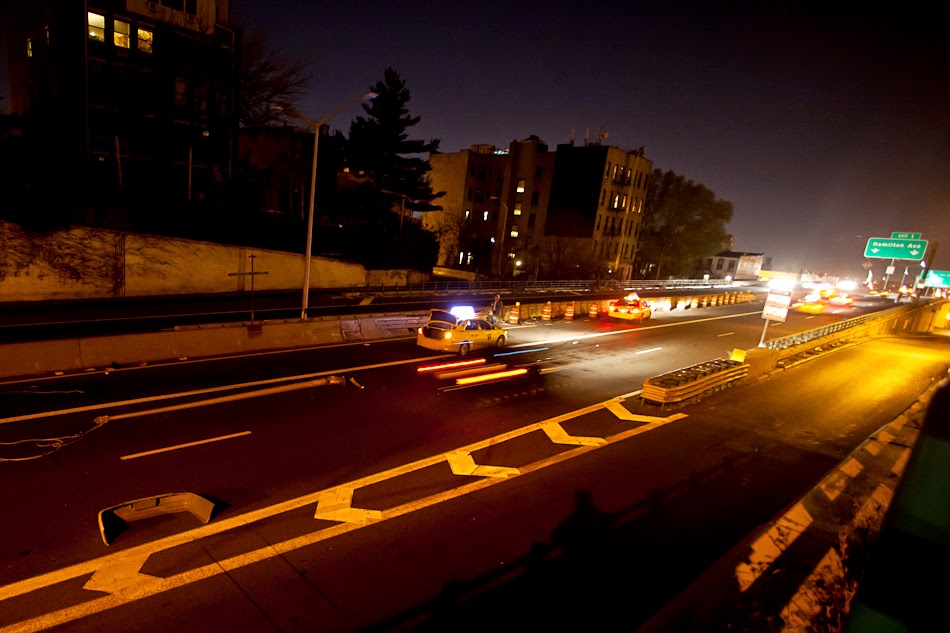 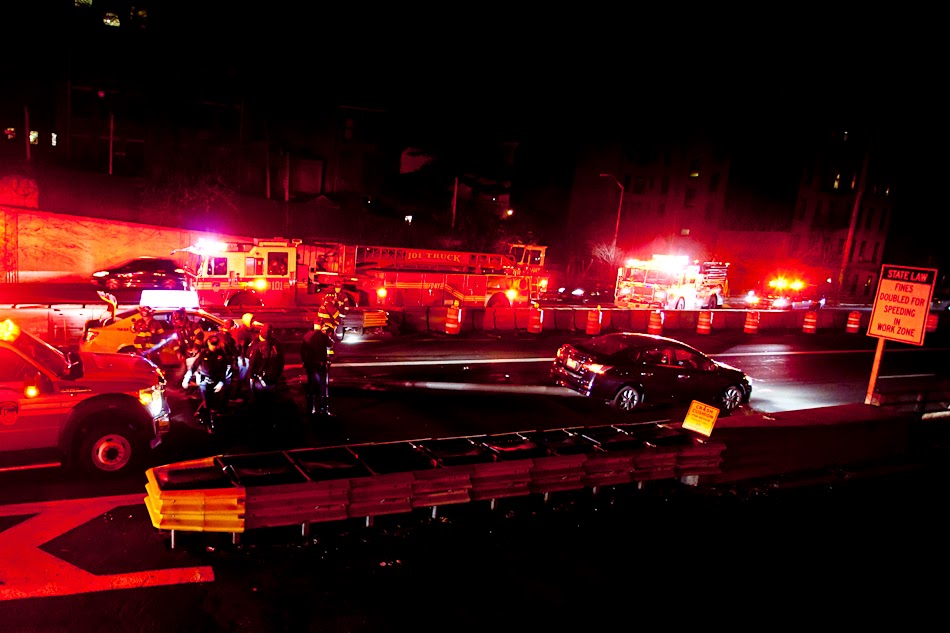 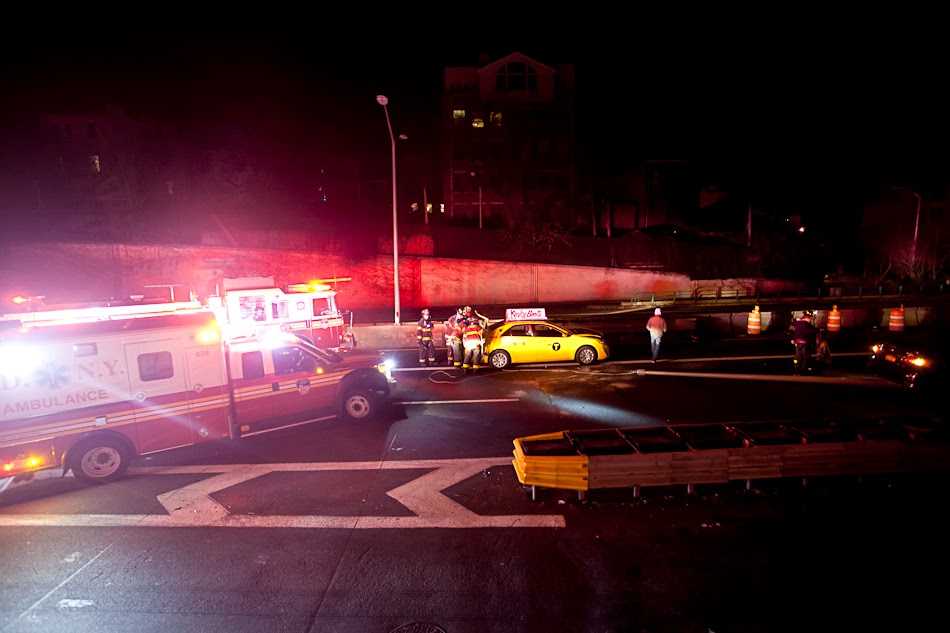 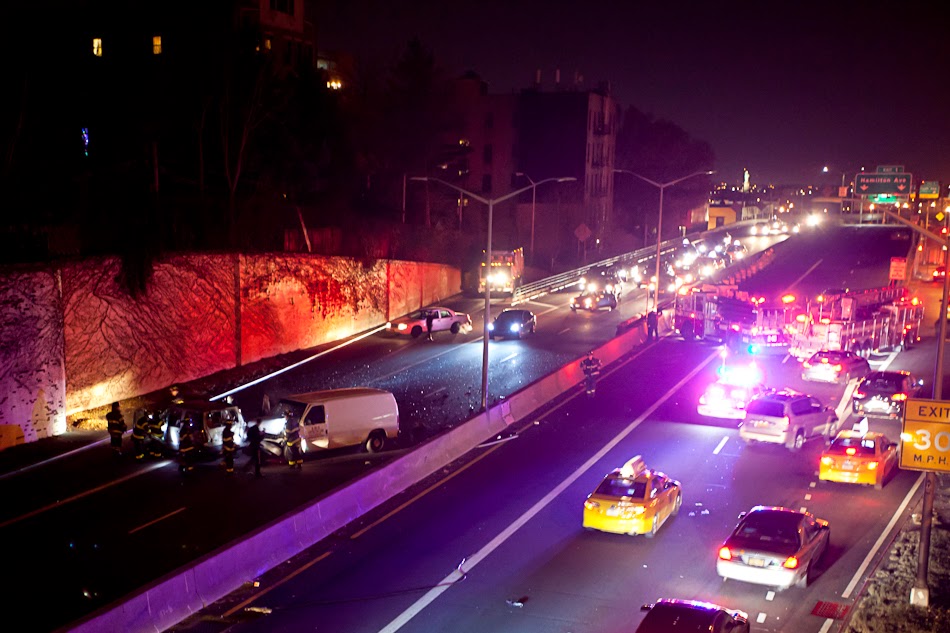 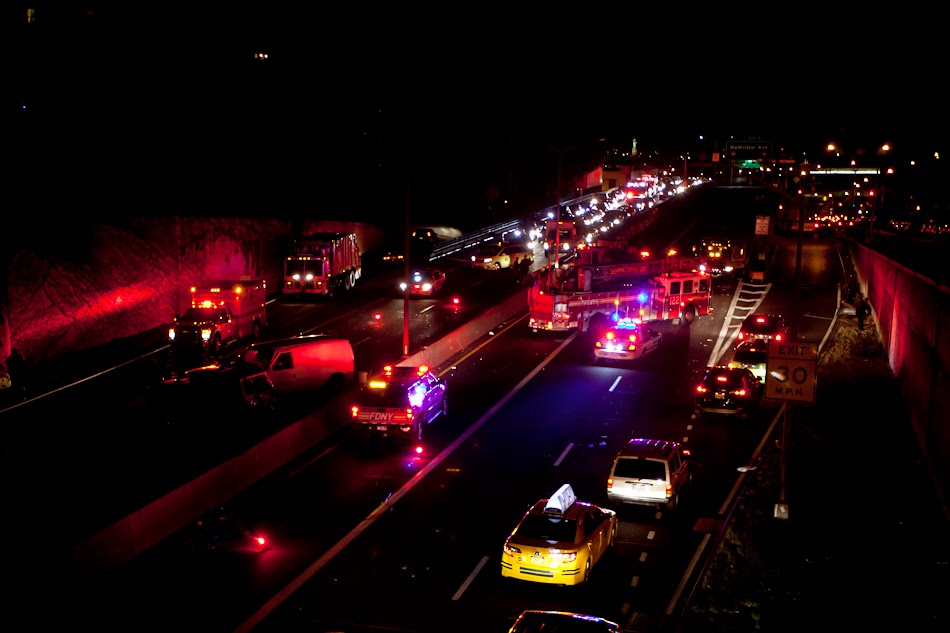 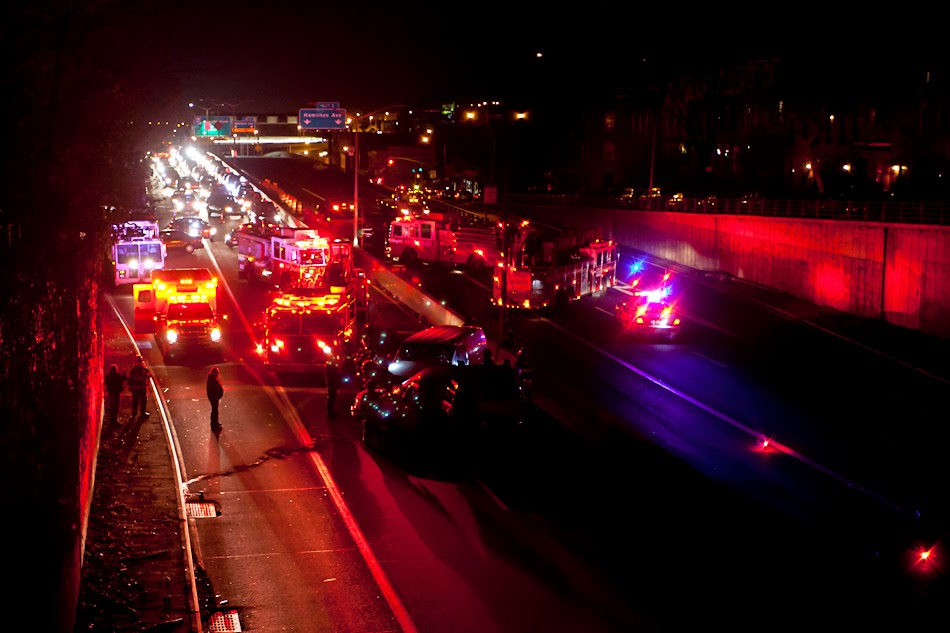 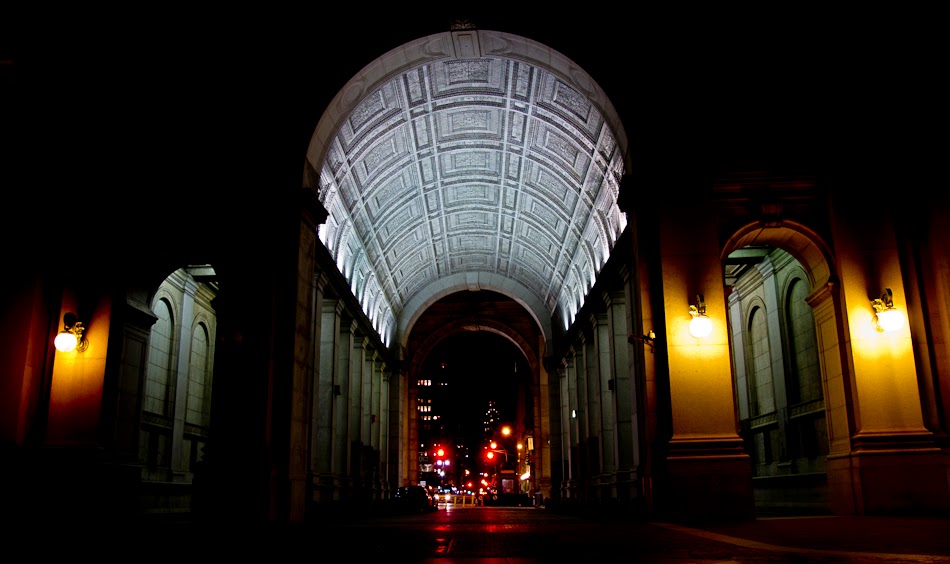 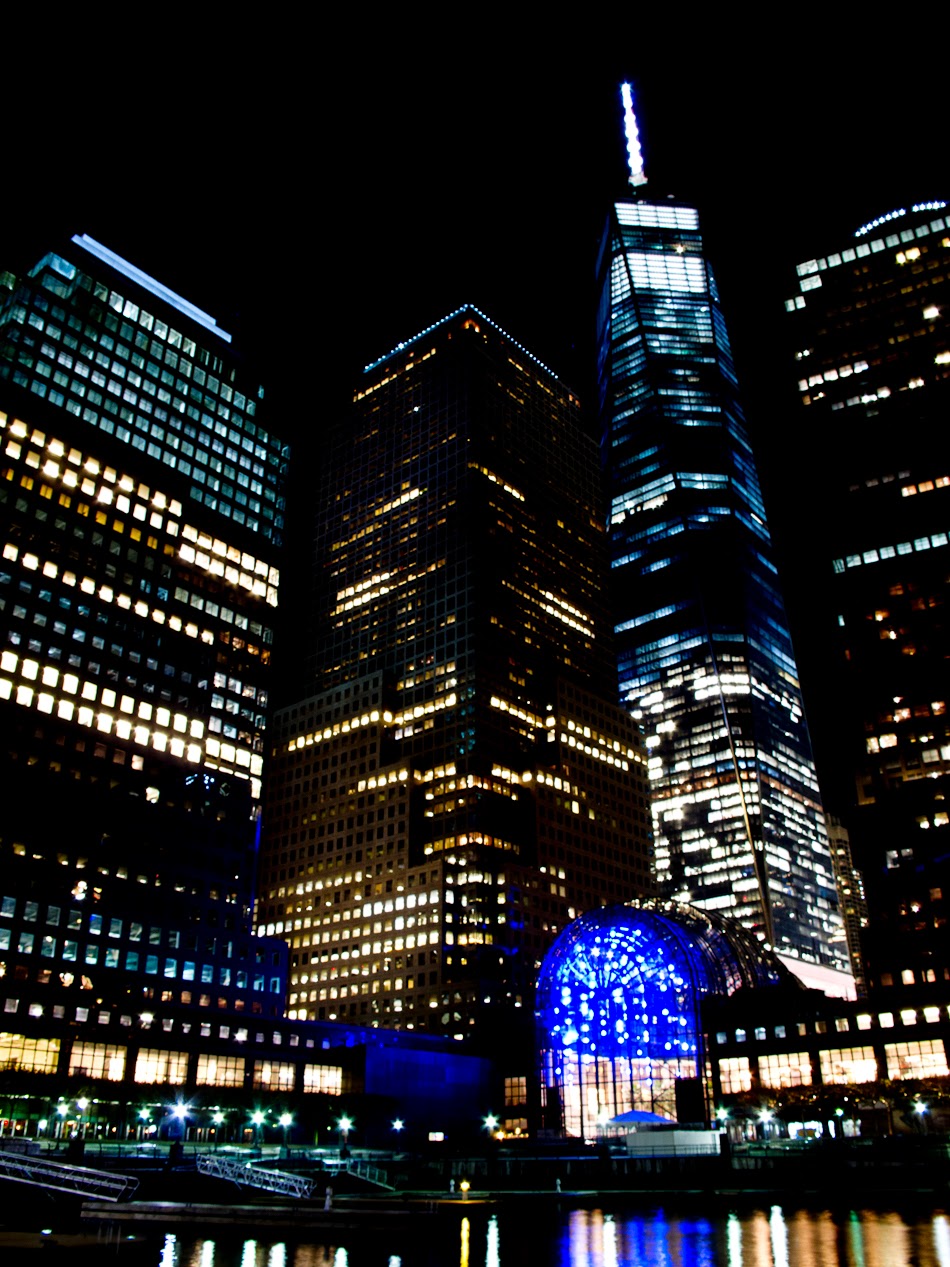 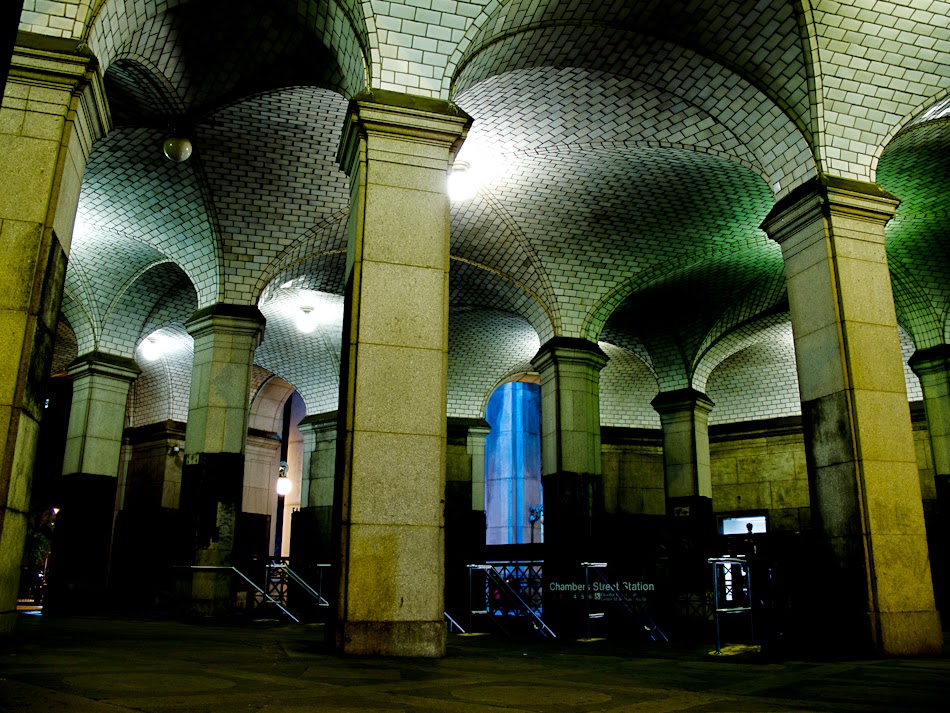 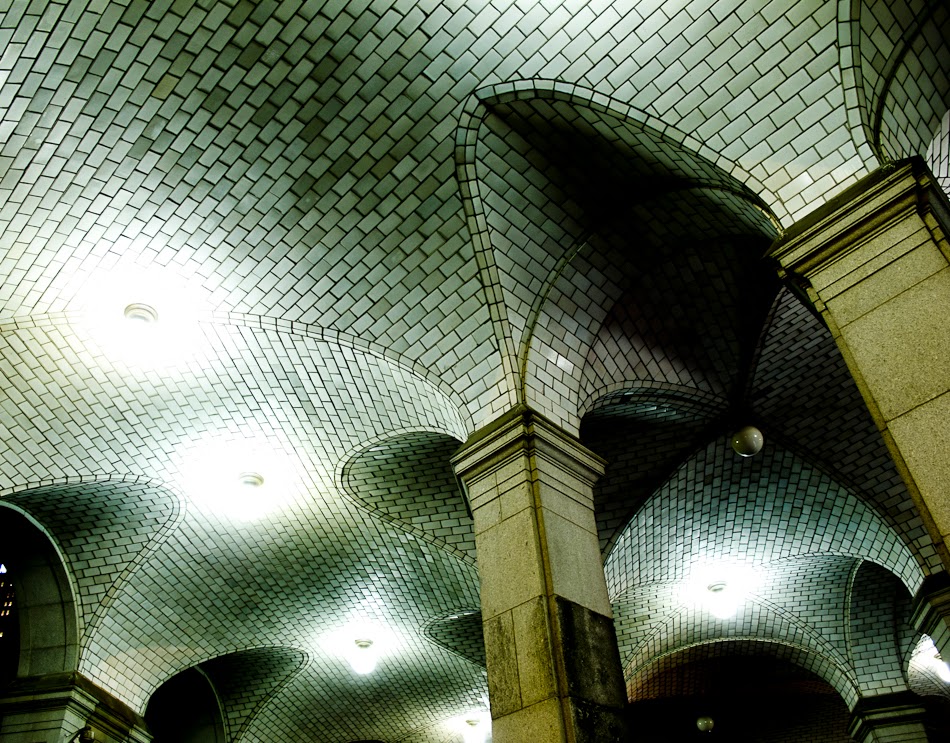 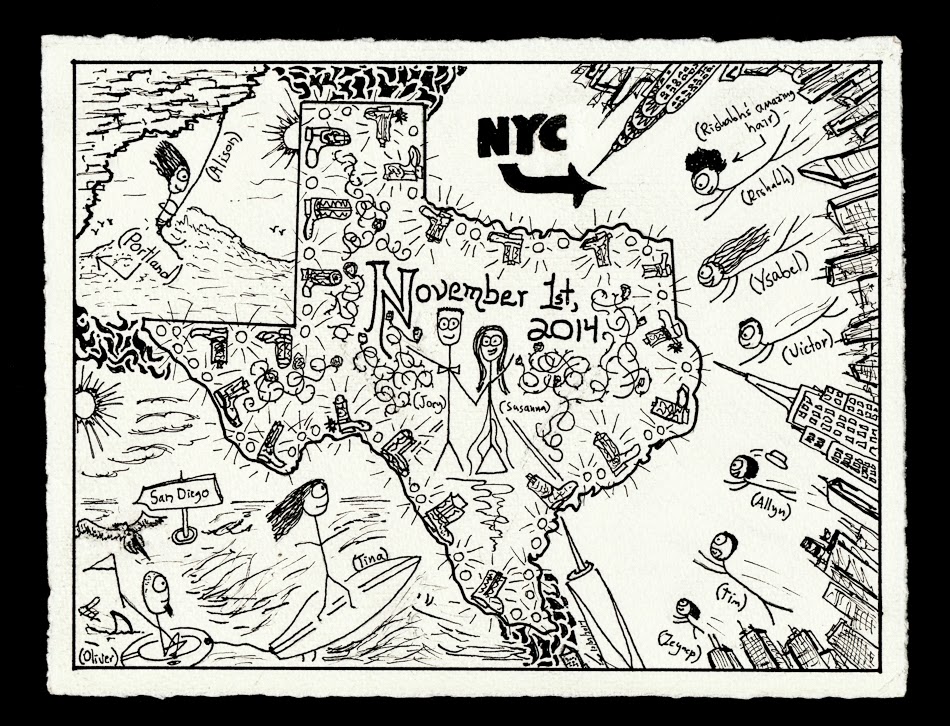 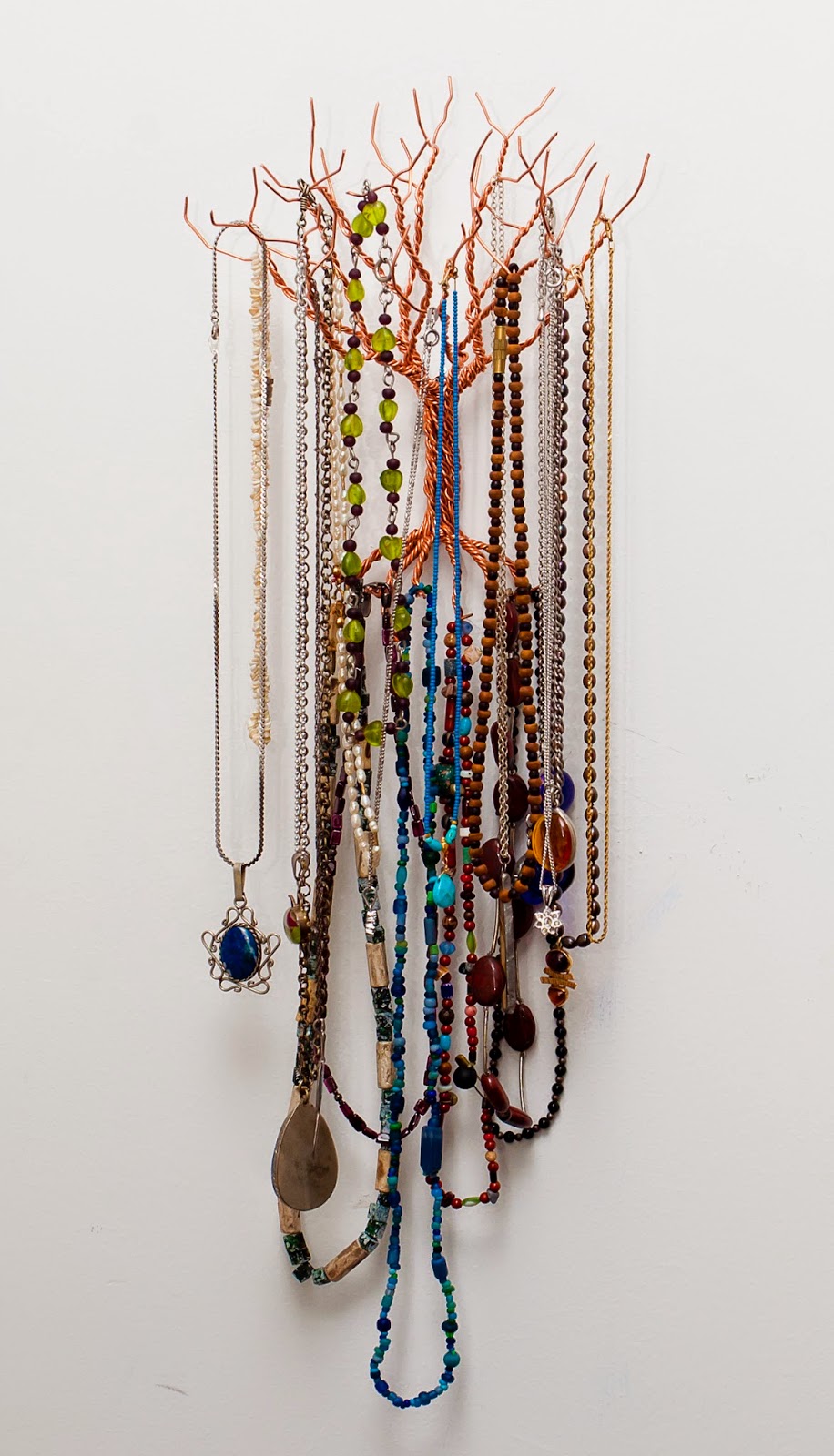