Oddly the first place that I saw lightning tonight was reflected in the cereal bowl next to me, but I ran right up to the roof to see if I could catch any of the deep blue lightning that was lighting up the sky.  Out of the hundreds of shots that I took tonight, the three below are the ones that really came through.  These were all shot with a Canon G11 inside of Canon's waterproof housing for the camera.  Due to the pouring rain that I was standing in, you'll see some out of focus blobs on the photos: those are rain droplets on the lens of the waterproof housing.  The colors in these photos are not altered other than adding some saturation in-camera.  The exposures were so bright that to give them more clarity I took the exposure levels all the way down in Lightroom which gives them a much deeper and quite frankly more accurate feel.  I find the first two shots remarkably interesting due to what I'm calling "Lightning blobs" in the middle of the bursts.  The third shot is the one that I'm the most proud of though.  Of all the literally thousands of photos that I've taken from our rooftop this is my clear favorite: I was actually able to capture lightning striking the Empire State Building's lightning rod - enjoy! 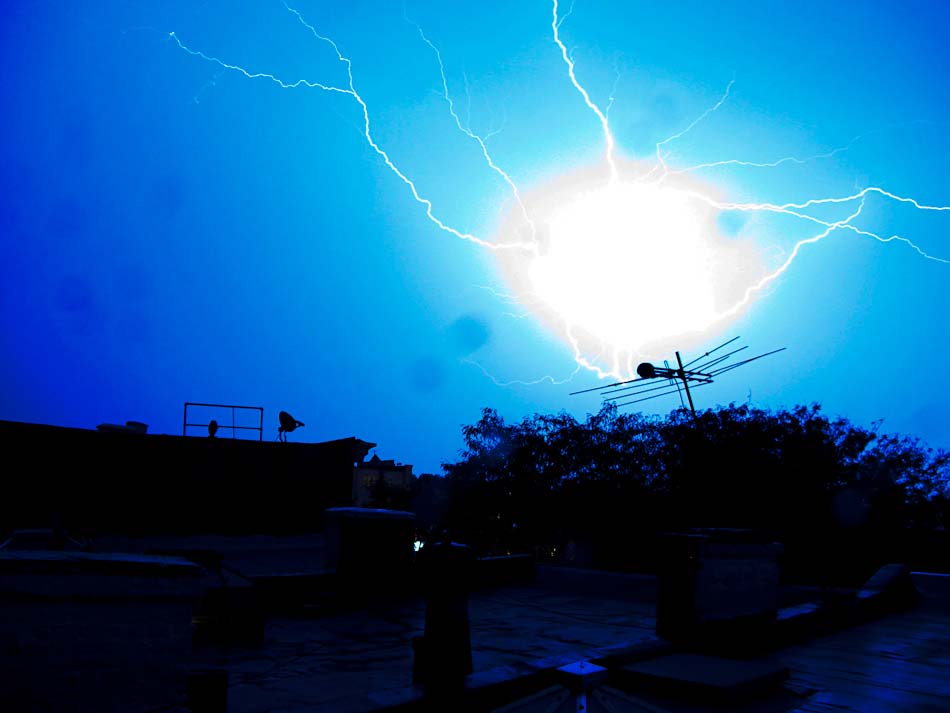 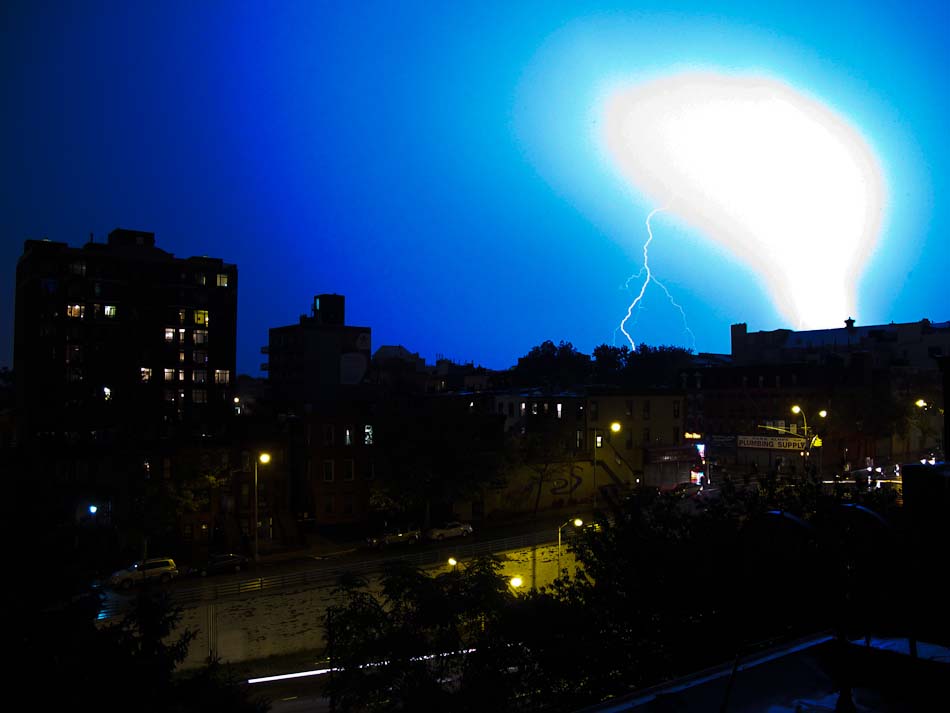 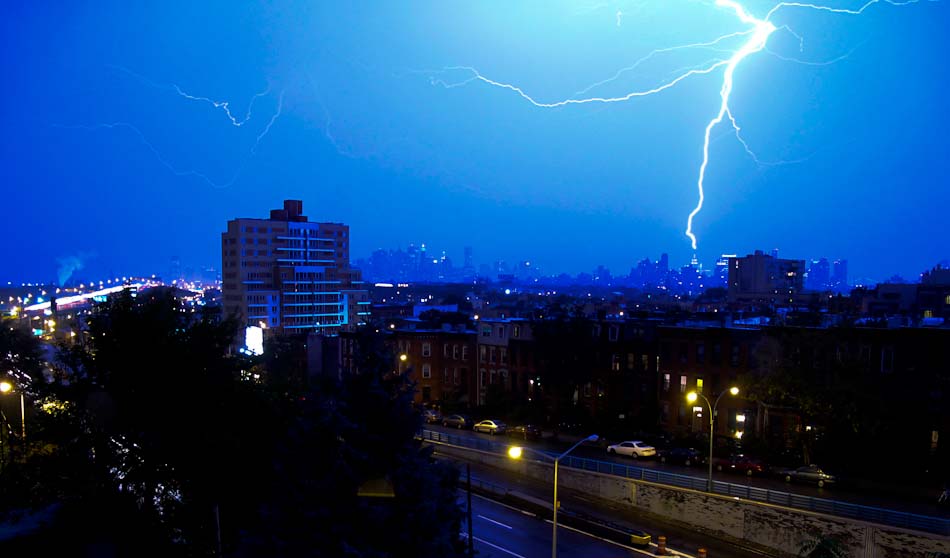 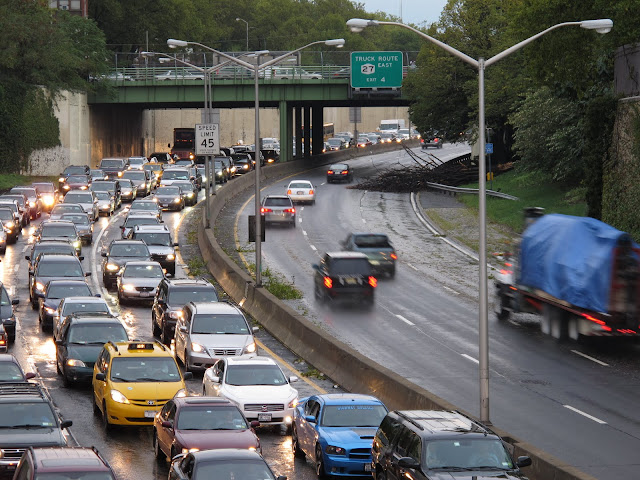 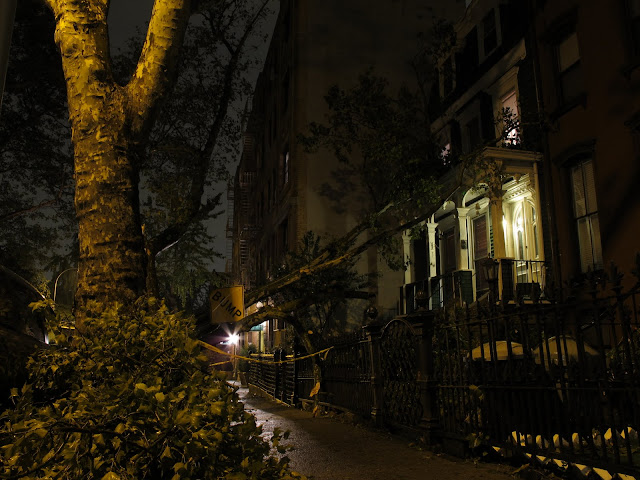 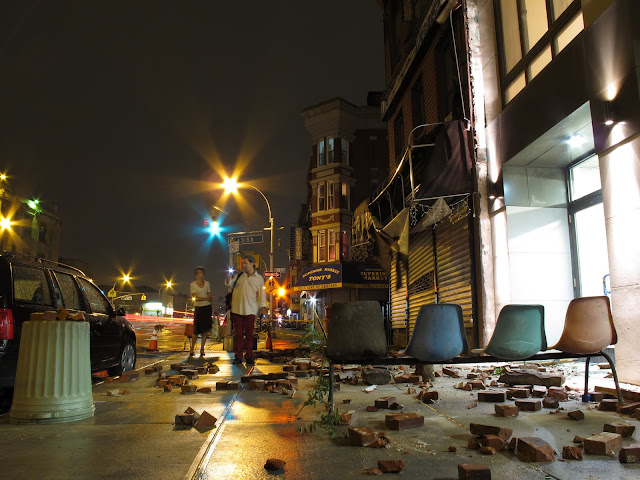 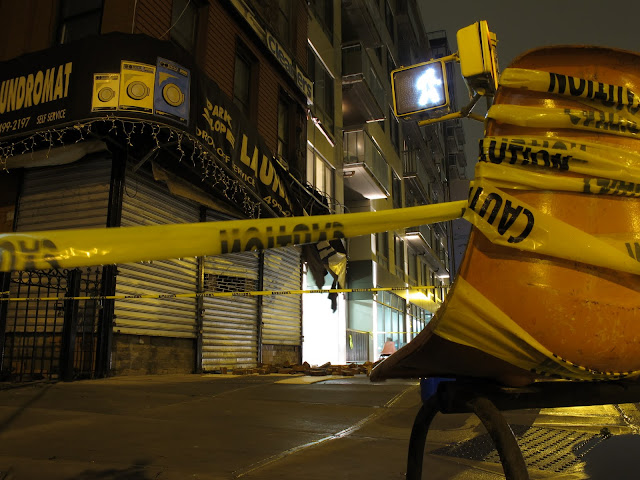 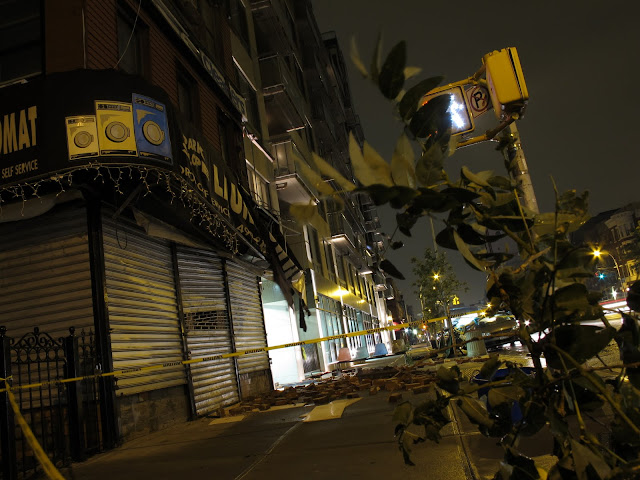 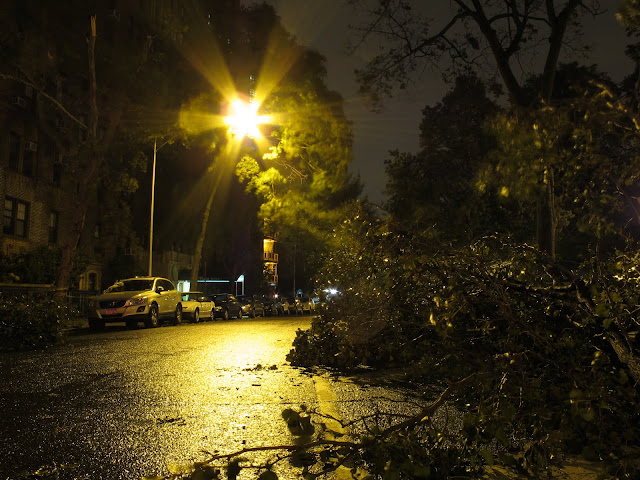 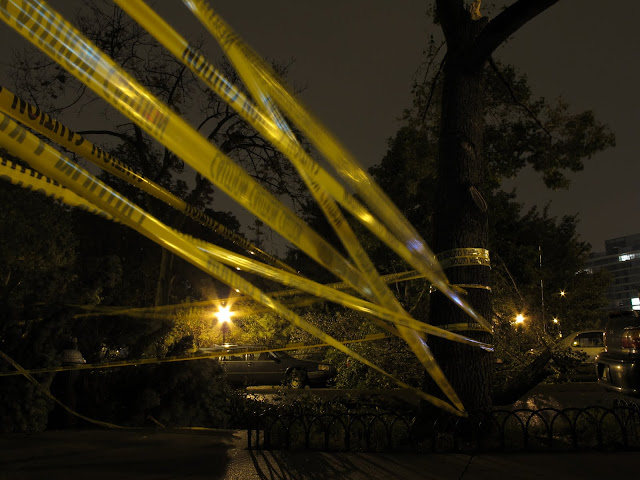 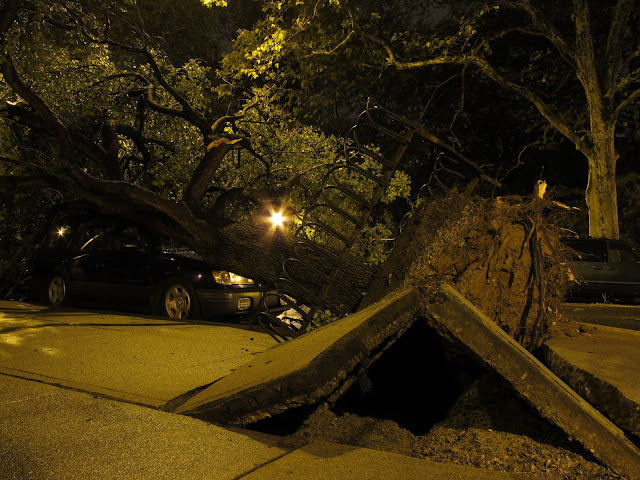 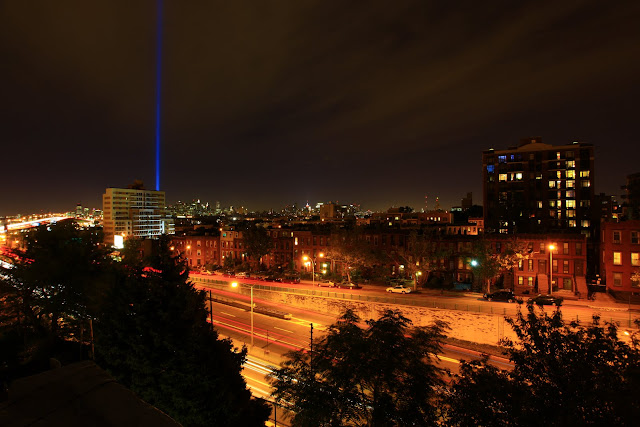 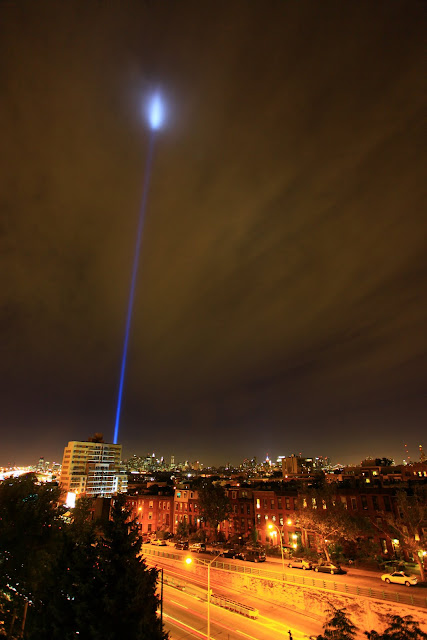