These shots are all light painting studies: working with using the space better (all three dimensions) in order to create a stronger composition that in past light paintings.  None of these are final images, but projects that I would like to spend more time on. 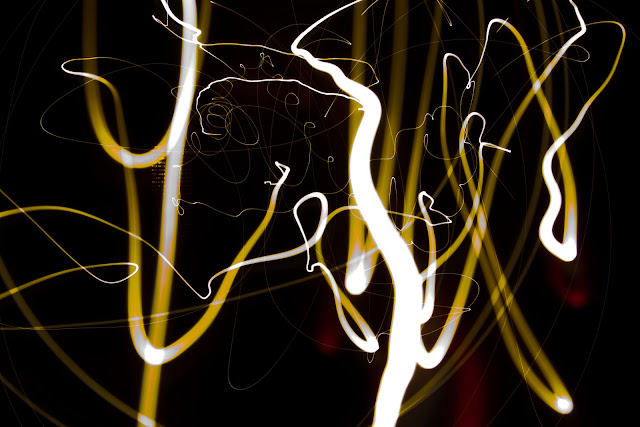 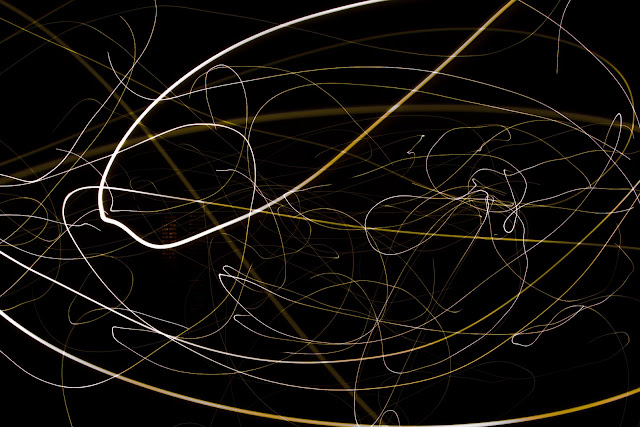 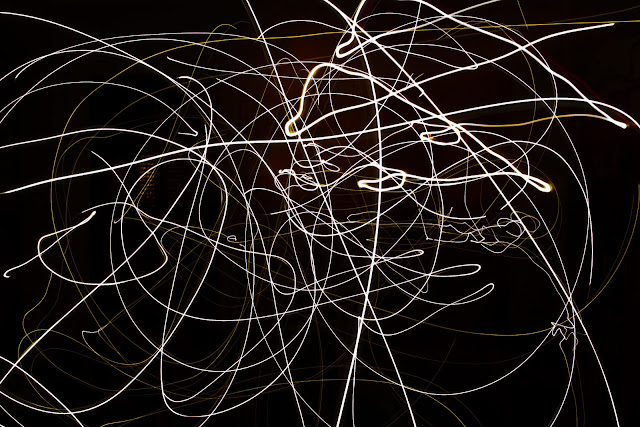 I had help with these photos, taken in 2008.  About 18of us all had different types of lights that we used during the long exposure - the first two are really more works in progress than anything (too much clutter in the background) but I think that the third one functions as a finished work: yet if I were to shoot it now I would change the color balance significantly.  These photos were taken on the west border of Prospect Park in Brooklyn. 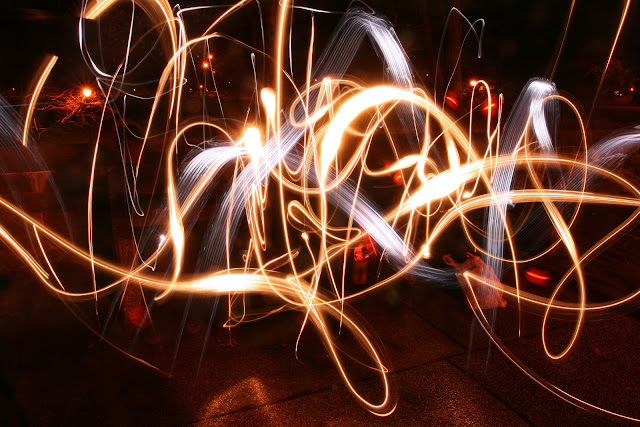 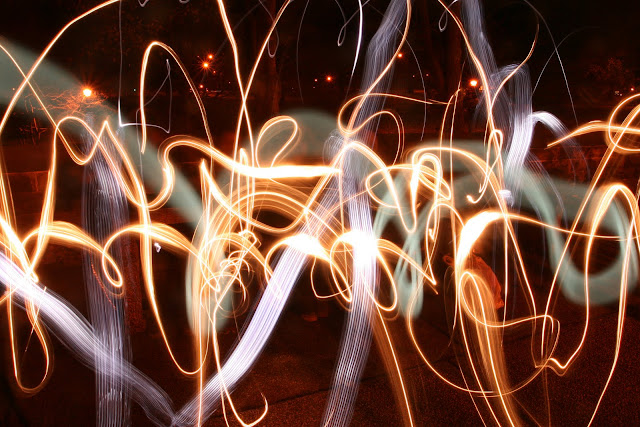 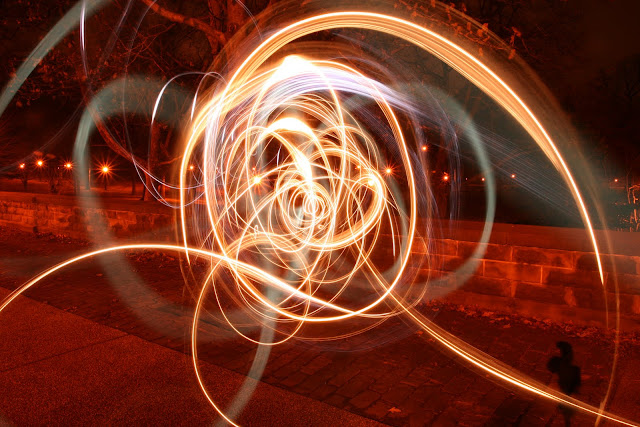 I hope to do more work on this series in the future.  In this photo I'm juggling (only three) light changing juggling balls and moving side to side in the room.  It's hard to create decent composition when juggling around a dark room but I think there's some great potential here.  This photo is over three years old as of the date of this posting. 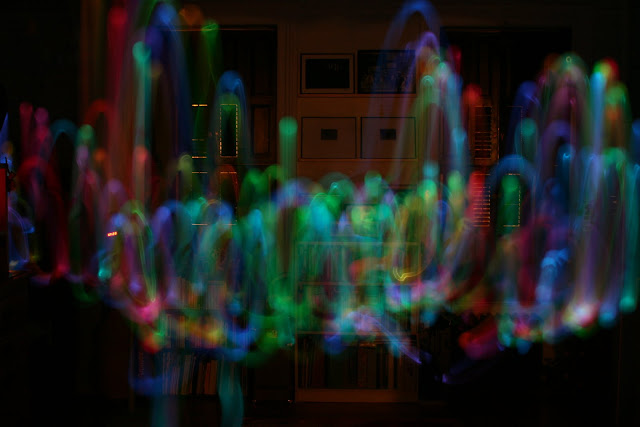 The below photographs are from the World Trade Center Site in Manattan which I took between roughly 1:50am and 2:30am, hours after President Obama announced the death of Osama bin Laden.  The ethics of this will be debated for centuries, conspiracy theorists are already eating it up as one more reason the government's out to get us, and where there's a crowd for whatever reason the people turn into a crowd and act as crowds do (not very intelligently).  These photos are about none of that.  I did not go to WTC to celebrate; I went to watch history - history to whatever end.  Of the 227 photos that I took, the four below best captured for me the feeling of the night. 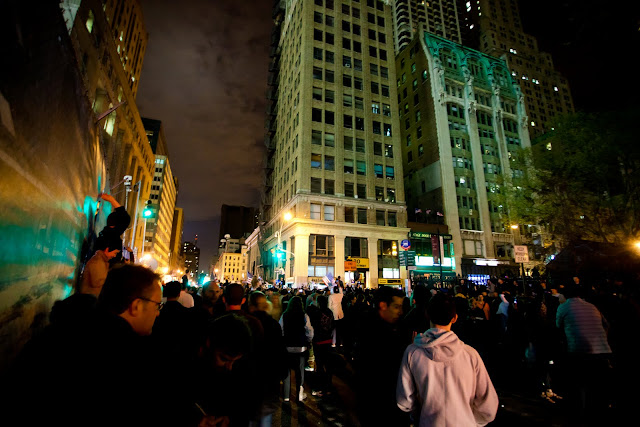 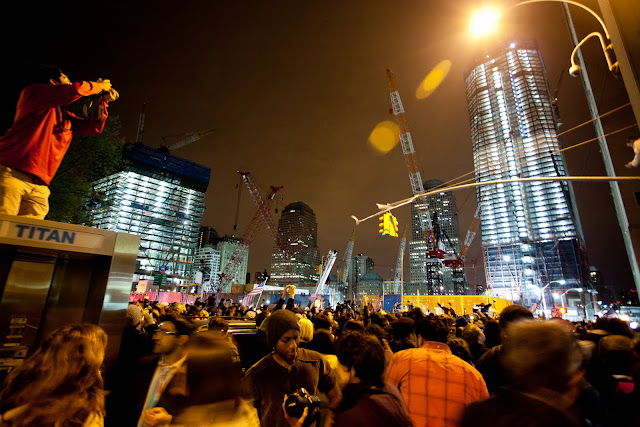 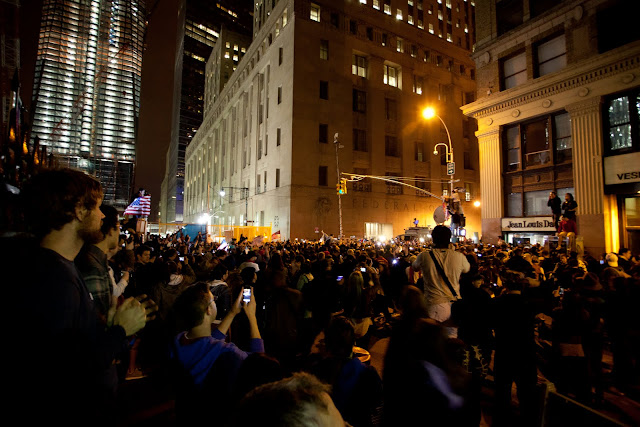 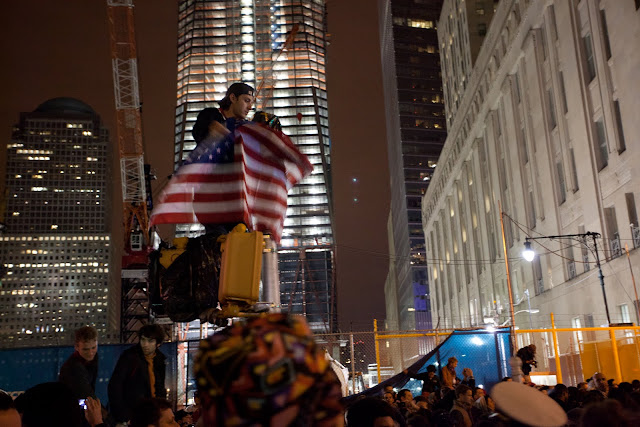