The shots below (the second is an enlarged printed detail of the first) are some of my favorite examples of my later college self portrait and works combining performance, sculpture, and drawing (I'll only talk about the first since the second is really the same shot).

Step one of the photo after setting up the camera was the most difficult: wrapping my own body in duct tape (I do NOT recommend this).  I was able to wrap my own legs and most of my torso, but then I had to enlist help to cover my upper body and arms.  I added some long black fake fingernails and then poured a bucket of water over my head (you know, for effect).  I then positioned the seven-foot cross that I had covered in self-portraits and barbed wire and did six different poses with the cross.  All the photos were shot with a 20ft air shutter release (that I was able to just step on when I was ready) connected to a 4x5 Crown Graphic large format camera.  All six negatives were then stacked on top of each other, a clear sheet of acetate with text was added, and then I put the whole stake in the enlarger.  This particular print from the negative sandwich was printed 3x5 feet which was an enormous pain to run through the chemical baths. 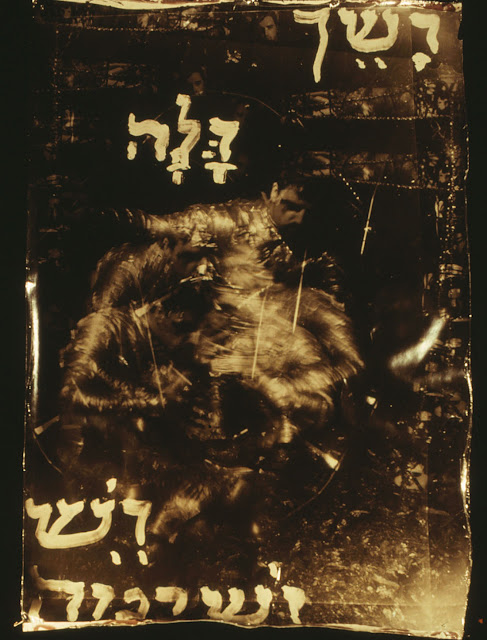 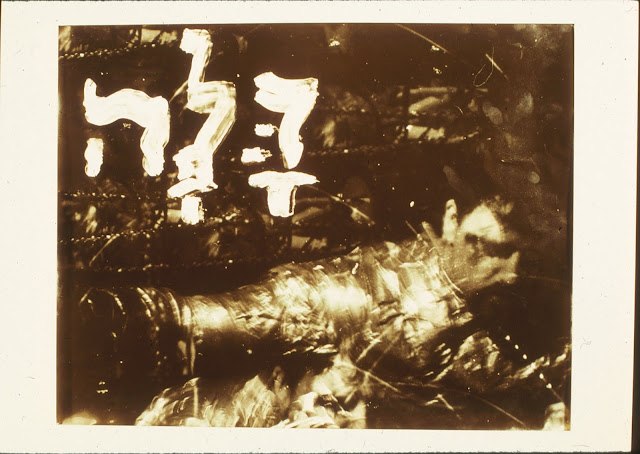 Email ThisBlogThis!Share to TwitterShare to FacebookShare to Pinterest
Labels: Photography: Self Portraits