Following right on the heels of June 26th, we had another spectacular lighting day out of our back window including a beautiful rainbow.  Although this one doesn't touch the most spectacular rainbow that I've ever seen (in London) nor the second most amazing that I've seen (Minneapolis) it was still very beautiful (and the only one of the three that I actually had a camera for...)  I love the contrast of the blue lantern with the surrounding green. 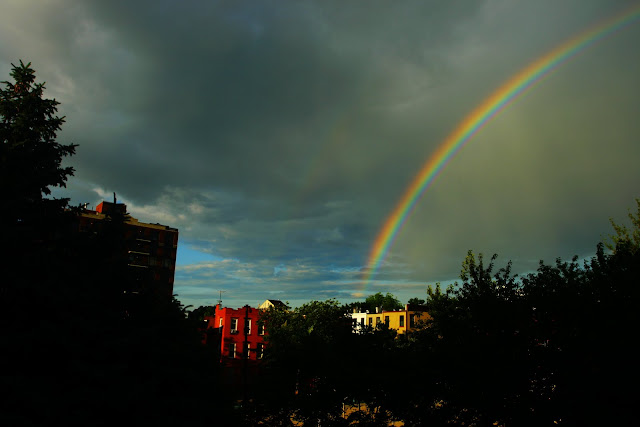 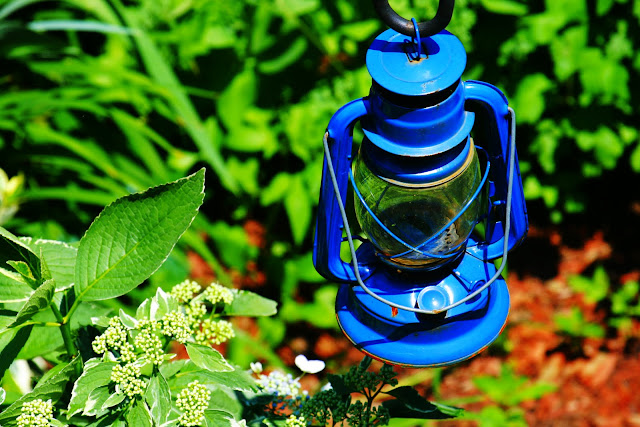 Email ThisBlogThis!Share to TwitterShare to FacebookShare to Pinterest
Labels: Photography: Out the Back Window