One of my photos from our London trip in 2007 was published in Executive Travel Magazine's September of 2008 issue: The London Issue (notice my photo credit in the lower right hand corner on magazine page).  Executive Travel Magazine is published by American Express Publishing out of New York.  The photo was taken on Marylebone High Street in London just shy of midnight on February 23rd of 2007. 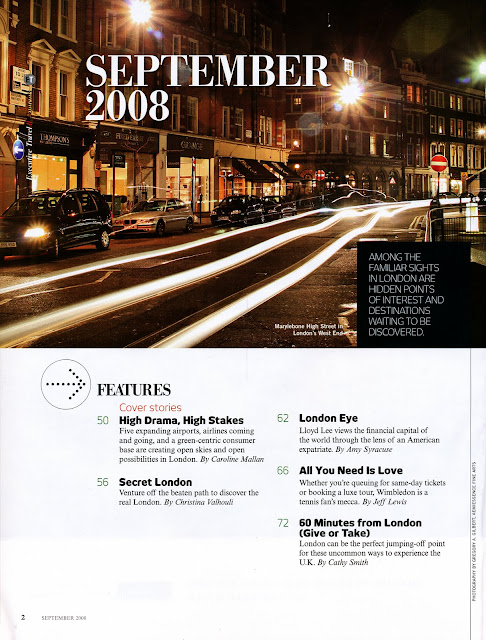 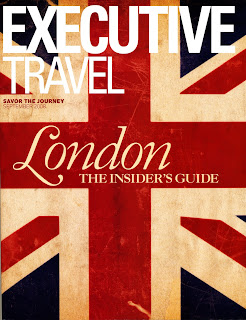