A couple nights ago I looked out our back window and noticed that the clouds were all hanging right about the level of the Empire State Building which I knew would make interesting photos.  The clouds were beautiful and showed up in the photos even better than I'd hoped they would - enjoy! The second shot is with my camera set to heavy saturation which is the reason for the richer colors; the bright building off to the right lighting up the clouds is the Empire State Building.  I set the camera at more of mid-aperature than I normally do, which I think helped make these photos a little sharper than some of my previous posts in this series (all images are straight out of the camera). 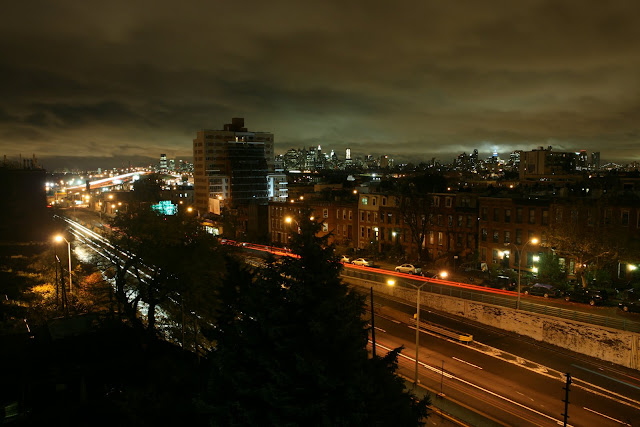 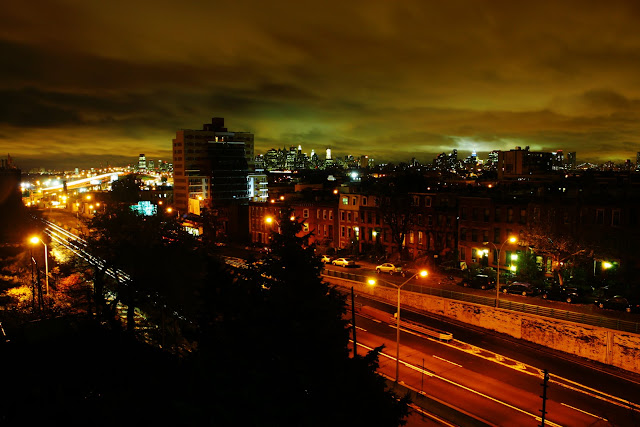